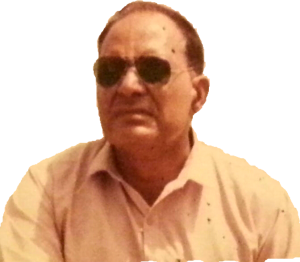 Brigadier Mohammad Yousaf was born in 1937 and took his commission as an infantry officer into the Frontier Defence Force Regiment of the Pakistan Army [FF6] in 1961. Afterward his career took him through the common series of command and staff appointments, with active service against India. He also joined the Command and Staff College at Quetta and the National Defence College at Rawalpindi.

While commanding an infantry brigade he was designated by the Director of the Inter-Service Intelligence (ISI) to head its Afghan Bureau, a post he held from 1983 to 1987, until he resigned as a matter of principle and left the Army. Throughout these four years he was in charge of training, and operational planning of the Mujahideen inside Afghanistan and later inside the Soviet Union.

After his retirement he has kept in close touch with actions of Mujahideen leaders in Afghanistan. 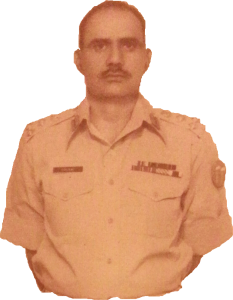 He has written a short book on General Akhtar, his superior at ISI, who was killed in an aircraft crash in 1988, along with President Zia.

The author, Brigadier Mohammad Yousaf, was head of the Afghan Bureau of Pakistan’s Inter-Service Intelligence and as such was commendably the Mujahideen’s commander-in-chief. He controlled the flow of thousands of tons of arms across Pakistan and into its occupied neighbor, arms that were acquired with CIA and Saudi Arabian funds from the USA. One of the Mujahideen’s close associates was none other than Osama Bin Laden. This compelling book was put together with great skill the by military historian, Mark Adkin in conjunction with Brigadier Mohammad Yousaf and is vital reading for anyone interested in the truth behind the Afghanistan War which led to the circumstances that exist there these days.

A note on sources 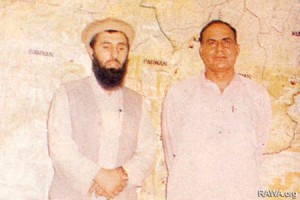 The material for this book came nearly exclusively from personal experience and observations during my time period at ISI, and more recently when I returned to Peshawar. I am familiars of the Mujahideen, their several Commanders and all their Leaders well, we worked and planned together for four years and I have discussed the circumstances today with many of them. This book, thus, has not been written with extensive use of works of reference, or from the stories of columnist and journalist. I disagree with much that has been written about the war in Afghanistan. Occasionally the facts are incorrect, more often the analysis is wrong. This does not mean that all books on the war are insignificant, far from it, but merely that I found very few to be reliable aids when collecting my manuscript. Those that were included Mark Urban’s War in Afghanistan, Macmillan Press, 1988; David C. Isby’s War in a Distant Country, Arms and Armour Press, 1986; and Robert D. Kaplan’s Soldiers of God, Houghton Mifflin Company, Boston 1990. Of these I found the first-mentioned to be predominantly genuine and precise.

Our father Brigadier  Mohammad Yousaf was diagnosed with lung cancer in Dec 2008, and just in three months he left this world on the first Feb 2009.
In between these three months he fought back like a true soldier likewise and till the last breath of his life he stick to his last worded” Fight for the cause no matter what come may”…. He proved yet again that he is a man of his words, he did not quit, nor we ever saw him throbbing with the pain ever… Before going to his final destiny he taught us this lesson “Life is just like a battle field so fight back no matter what come may!!!” 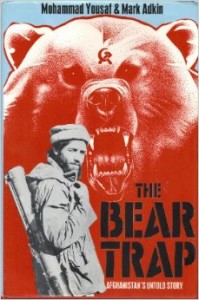 On last moments, there was a pride on his face, his eyes were expressing the things he was not able to say, his lips were quivering but that half silence yet again showing and sharing the entire tough life he spent with the dignity and honor on several battle fields!!!